In some foreign countries this fruit is known as jamlang, jambelang, duwet (Malaysia), duhat (Philippines), crested, jamun, or Java plum (UK). While in Latin (scientific) known as Syzygium cumini.

This fruit-producing tree is still classified in the cashew tribe (Myrtaceae). Jamblang or Duwet is now one of the plants that began to be forgotten even rare and rarely cultivated. It is said that the tree Jamblang (Syzygium cumini) is home to the ghosts.

Jamblang tree (Duwet) is estimated to come from Asia and Australia tropic region. This plant can grow in lowland areas up to 500 mdpl altitude.

Physical characteristics. Jamblang tree (Syzygium cumini) is sturdy and has a height of 10-20 m. The trunk is thick, often bent and branched. Rooted riding. Leaves Jamblang single, thick, with a leaf stalk between 1-3.5 cm.

Jamblang bark (Juwet) efficacious for menstrual peluruh. The results showed that the seeds, leaves, and bark of Jamblang have the efficacy of lowering blood glucose level (hypoglycemic effect) in people with diabetes mellitus type II.

Research in India to get results that potential fruit jamblang as a contraceptive in men. In animal experiments, jamblang can prevent the occurrence of cataracts due to diabetes. Jamblang also reduces the risk of atherosclerosis to 60-90% in diabetics. This happens because the content of oleanolic acid in jamblang can suppress the role of free radicals in the formation of atherosclerosis. 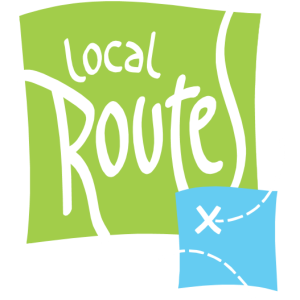 Taman Ayun Temple is a landmark in the village of Mengwi, Badung regency, located 17km northwest of Denpasar. This temple Read more...

You must login to send private message.
Login | Register

Sorry, no records were found. Please adjust your search criteria and try again.

Powered by wpapps.press | Get a Wpapps Directory for your community

Register to Find Out More About Geotourism