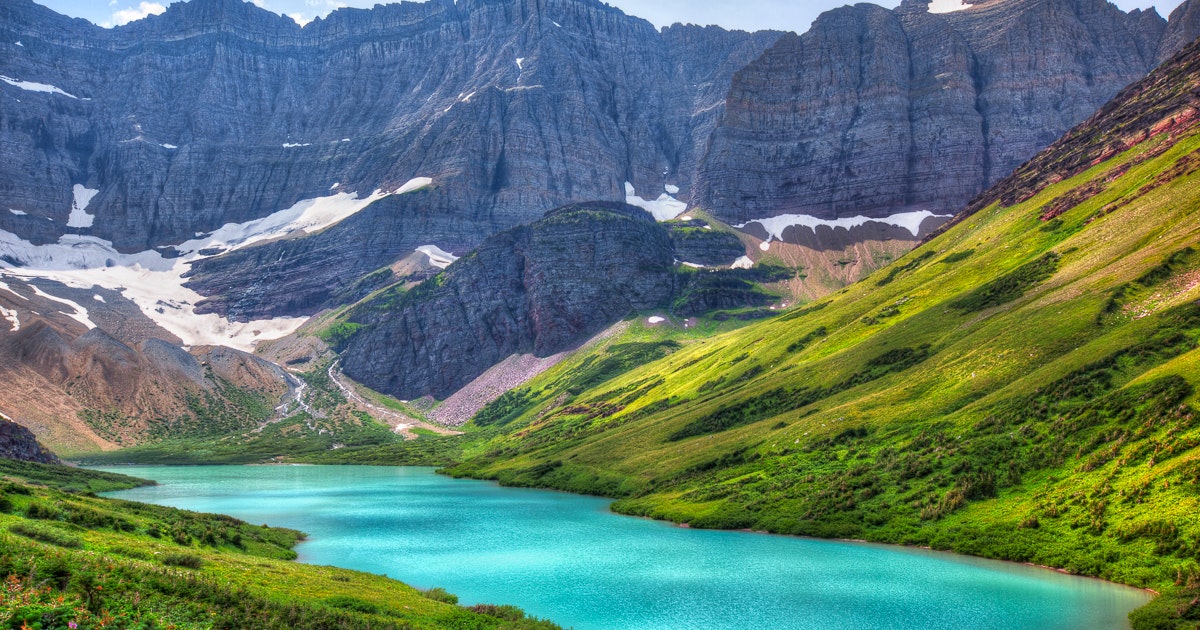 The U.S. half of Waterton-Glacier International Peace Park, this park hosts 26 glaciers and 130 named lakes beneath a stunning canopy of Rocky Mountain peaks. There are historic hotels and a landmark road in this region of rapidly receding glaciers. The local mountains, formed by an overthrust, expose the world’s best-preserved sedimentary fossils from the Proterozoic era.
Denpasar Denpasar, Bali, Indonesia, 59001

Glacier National Park is an American national park located in northwestern Montana, on the Canada–United States border, adjacent to the Canadian provinces of Alberta and British Columbia. The park encompasses over 1 million acres (4,000 km2) and includes parts of two mountain ranges (sub-ranges of the Rocky Mountains), over 130 named lakes, more than 1,000 different species of plants, and hundreds of species of animals. This vast pristine ecosystem is the centerpiece of what has been referred to as the “Crown of the Continent Ecosystem,” a region of protected land encompassing 16,000 square miles (41,000 km2).

The region that became Glacier National Park was first inhabited by Native Americans. Upon the arrival of European explorers, it was dominated by the Blackfeet in the east and the Flathead in the western regions. Under pressure, the Blackfeet ceded the mountainous parts of their treaty lands in 1895 to the federal government; it later became part of the park. Soon after the establishment of the park on May 11, 1910, a number of hotels and chalets were constructed by the Great Northern Railway. These historic hotels and chalets are listed as National Historic Landmarks and a total of 350 locations are on the National Register of Historic Places. By 1932 work was completed on the Going-to-the-Sun Road, later designated a National Historic Civil Engineering Landmark, which provided greater accessibility for automobiles into the heart of the park.

You must login to send private message.
Login | Register

Sorry, no records were found. Please adjust your search criteria and try again.

Powered by wpapps.press | Get a Wpapps Directory for your community

Register to Find Out More About Geotourism